Your most popular liquidation questions answered

Your most popular liquidation questions answered

Liquidation is the process of closing a business and selling its assets to pay back its debts (also known as creditors). In a business liquidation, the company’s bank accounts are frozen, the directors’ powers are removed, the company stops trading and a liquidator is appointed to close down the company. If you’re confused about the liquidation process, we answer your most popular questions below…

What is involved in the liquidation process?

Liquidation is the process of appointing a liquidator to close down a company. The purpose of the liquidation process is to get in, release all the assets and pay a return to creditors so that they get some of their money back. All of the company’s assets will be sold, the liquidator will work out what return goes to who, and the company will be no longer able to trade. During the liquidation period, the liquidator will send annual reports to creditors along with a final report explaining what has happened. This will include details of what has been sold, how much it was sold for and how much will be paid to the creditors. Because the liabilities will be paid from the assets left in the company, there is no obligation for shareholders or directors to pay off the debts unless they have signed personal guarantees.

How long does the liquidation process last?

It usually takes around 10 days to put a company into liquidation and the process can take anything from three months to several years depending on the exact situation and how many assets the company has - although the most common A2 liquidation has no real time limit for when it should end. A Creditors’ Voluntary Liquidation usually takes between one and two weeks to complete, whilst a Compulsory Liquidation is a court driven process and so will take longer.

Can I stop the process?

Once a winding up petition is issued it is difficult to stop the process. The only way to stop the liquidation process is to pay the debt or get the petitioner to agree to withdraw the petition. It may be possible to get an adjournment of the winding up hearing to allow more time to find the funds or maybe even get a company voluntary arrangement organised, but you will need to move very quickly!

What does liquidation mean for my business?

In the most simple of terms, if a business goes into liquidation it means:

In order to liquidate a company, a licensed insolvency practitioner will be required.

What is the role of a liquidator?

An appointed insolvency practitioner (liquidator) will have the responsibility to act as an impartial third party to oversee the process from beginning to end. Their role will encompass various responsibilities, including valuing assets, distributing assets to the creditors, and determining and satisfying any outstanding claims against the company.

What are the different types of liquidation?

What is a Members Voluntary Liquidation?

Members Voluntary Liquidation is sometimes referred to as ‘solvent liquidation’. It takes place when a business is still solvent, but the company shareholders agree to wind up the company. Because the company can pay its debts and meet its obligations on time, the process is quite orderly.

What is a Creditors Voluntary Liquidation?

If the firm is insolvent, the shareholders can vote to go through a Creditors Voluntary Liquidation which is a quick yet powerful way to close a business whilst ensuring everything is dealt with legally and properly. The company must pass a special resolution under the Companies Act 2006 declaring it is unable to continue due to its debts and liabilities. A meeting with the company’s creditors will then take place within 14 days where the businesses finances will be reviewed and a liquidator will be appointed. If it is carried out correctly, many directors don’t have to pay to liquidate a limited company.

What is Compulsory Liquidation?

Compulsory liquidation occurs when a company is ordered to be wound up by a court order. On the issue of the court order, the Official Receiver is appointed as liquidator and the liquidation process begins.

What is the difference between voluntary and compulsory liquidation?

What are the advantages of a CVL?

Entering into voluntary liquidation is seen as a positive for creditors because it shows them that you are putting their interests first - and they also know they will receive at least some repayment through the sale of business assets. You will also have more control with a CVL because you appoint the liquidator, rather than the creditors of the court in a compulsory liquidation. What’s more, because a CVL involves less urgency, directors are able to carry out their duties properly and carefully in line with the Insolvency Act 1986. It’s also much faster than a compulsory liquidation, taking just two to three weeks to facilitate the initial meeting of creditors.

What are the differences between liquidation and administration?

Liquidation is much more severe - it sees the company formally shut down and closed completely, whereas administration doesn’t see the firm being shut down fully, instead leaving room for manoeuvre and possible rescue. Above all, whilst administration is a temporary position, liquidation is final.

What are the differences between liquidation and bankruptcy?

Bankruptcy applies to individuals, not companies, and bankruptcy is a state whereas liquidation is a process. Additionally, liquidation can be used for both insolvent and solvent businesses.

If I liquidate can I restart my business without the debt?

Yes, liquidation and a restart are achievable using a Creditors’ Voluntary Liquidation - what’s more, it can be done smoothly, quickly, and within the law. When a company goes into liquidation, its contracts come to an end - but this doesn’t have to mean that the business itself can’t be uplifted into a new company. By taking the good parts forward and starting afresh, worthwhile contracts can be negotiated over to a new company encumbered with debt.

What are the restrictions on restarting the business?

Can I use the same name?

You can’t usually use the same or similar company name and you won’t be able to for five years following the liquidation of the company. However, exemptions include:

If you fail to comply with these rules, possible penalties include a fine, imprisonment, personal liability for the new company debts and an increased chance of being disqualified as a director. 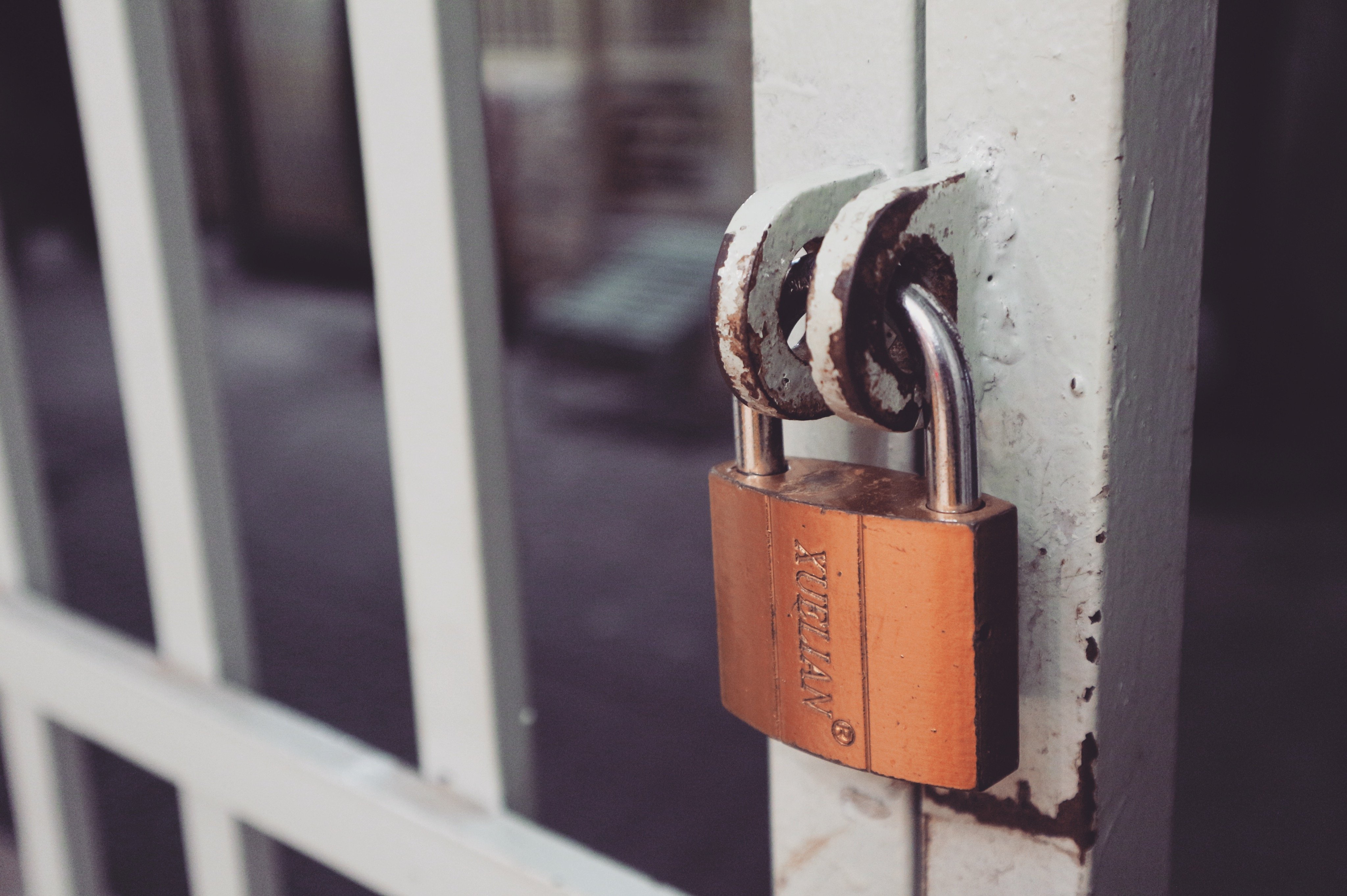 What are the costs of liquidating my company?

In all liquidation procedures, the fee of the liquidator must be approved. In the case of an insolvent liquidation, this is by the creditors by passing a resolution, whereas in the case of a solvent liquidation, this is by the shareholders by passing a resolution. In the majority of cases, the fees are paid for from the company’s own assets, or in some cases, company directors might decide to pay the fees personally or lend the company a month until the assets are turned into cash to make sure the situation is resolved as quickly as possible.

What are the implications of liquidating my company?

First and foremost, once the decision has been made to liquidate a company, trading will cease and the bank account will also be frozen. It is also likely that your employees may need to be made redundant.

What does it mean for directors?

Once your company is insolvent, directors must act in the best interests of the creditors rather than the company. To avoid the threat of personal liability, you should seek professional advice immediately. When a company goes into liquidation your powers as a director will immediately cease. You can no longer sign cheques, sell assets or issue orders to staff and you will also no longer be paid/ The liquidator will write to the directors asking them to stop trading and ensure that the assets of the business are preserved for the creditors. However, the liquidator will ask you to produce a list of creditors and debtors, provide a list of company assets and where they are kept and also provide a list of all the employees and their pay details, and you will also be asked to approve the statement of affairs. Remember, though - there will be no personal implications on your credit rating as your limited company is a separate entity and responsible for its own debts.

Do employees get paid?

Wages, wage arrears, holiday pay and notice pay are all covered up to certain statutory limits by the Redundancy Payments Office of the Department of Trade and Industry.

What will happen to my company assets?

Are there any alternative options?

If you are considering liquidating a company due to financial problems, make sure you compare all of the different options available. Other courses of action, such as a Company Voluntary Arrangement (CVA) or administration could provide a way for your company to carry on trading - so make sure you assess all the options before making your final decision.

The sooner you seek professional advice, the more options you will have available to you. If your business is facing financial difficulty and you’re not sure where to turn, contact McAlister & Co today for free, confidential advice.