IVAs explained: everything you need to know

IVAs explained: everything you need to know

It’s not uncommon for small businesses to face financial difficulty. However, when a business is struggling, it can be really difficult for sole traders as they are liable for the business debt - and if problems aren’t dealt with straight away, debt can continue to build up resulting in the risk of bankruptcy. In these situations, an Individual Voluntary Arrangement, or IVA, is a powerful solution.

What is an IVA?

An IVA is a deal between an insolvent sole trader and its creditors. An IVA is a formal procedure that was originally established as an alternative to bankruptcy, and for an individual with assets it is often considered the most suitable option because it offers protection over those assets. It is a legally binding contract that allows you to repay some or all your debts from your future profits over a set period, usually between five and seven years. Debts that can be dealt with via and IVA include personal loans, credit card debts and other unsecured loans.

With an IVA, you only repay what you can afford and once the IVA period is complete, any remaining debt is written off. Over 6,000 people enter IVAs every month. It is a well-regarded, ethical and moral way to deal with debt problems whilst avoiding bankruptcy - and it is also more beneficial to creditors than bankruptcy, where they run the risk of receiving nothing.

So what is bankruptcy?

The social status regarding an IVA is also seen as less damaging than personal bankruptcy, and an IVA offers more flexibility, too. During an IVA, you can continue to use your bank account and you won’t be forced to sell your home. However, if you file for bankruptcy your bank account will be closer and if you have any equity in your home, it will be highly possible you have to sell. 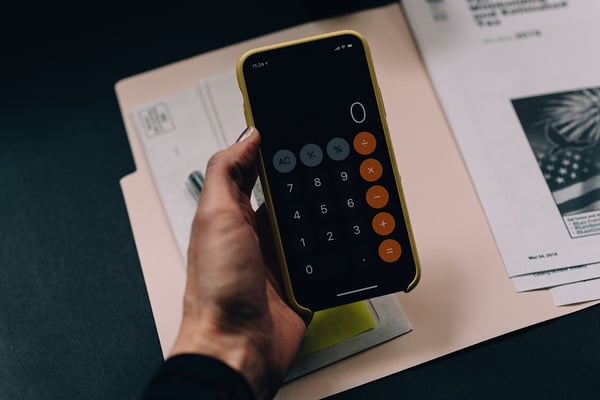 How does an IVA work?

An IVA could be the right solution for someone with a regular household income who is struggling to keep up repayments on their unsecured debt. An IVA could also be the right solution for debtors who are sole traders, or self-employed. There is no minimum unsecured debt for someone entering an IVA, but it is usually £15,000 or more, and in most cases, entering an IVA will allow you to carry on trading which means you can be self-employed with an IVA, making it a more attractive alternative to bankruptcy.

In an IVA, you repay only what you can afford to, for a fixed period of time; once that period is complete, any remaining debt is written off. For an IVA, you will need to appoint an adviser to guide you through the process and communicate with your creditors on your behalf. They will prepare the IVA proposal, deal with your creditors and collect any necessary information to go forward. You will also need a licensed insolvency practitioner to present the proposal to creditors. The process works as follows:

First, your situation will need to be assessed by a licensed insolvency practitioner to see if you are eligible to enter into an IVA. If you are, the IVA process can begin.

A proposal will then be drawn up based on the information you provide. In the proposal, you will put forward the best offer of repayment that you can afford. While you can write the proposal yourself, it is best to seek advice from an insolvency practitioner as there are complex legal processes involved. For example, the final proposal must show realistic cashflow, sales and cost figures, with no high expectations of future sales or contracts. In addition, the proposal will need to include reasons why the business is insolvent, And the creditors will also need to see a statement of affairs to help them make a decision and include details on the expected outcome of the IVA compared to other options such as bankruptcy.

Once everything is prepared, a moratorium could be applied. It will be circulated among creditors at the same time a moratorium is applied, protecting the sole trader against legal actions during the process up until the creditors’ meeting which will take place a minimum of 14 days after the proposal has been posted to creditors.

A copy of your proposal will be sent to each creditor who will be asked to vote to accept or reject it. They will have 14 days to consider the proposal and to put forward any objections or concerns before the creditors’ meeting. At the meeting, the proposal can be questioned and modified as the nominee and creditors see fit - and if a majority accept, the IVA is approved and will be legally binding for all creditors.

Once the IVA is approved, you will start to make the agreed payments. Agreed payments are reviewed each year to see if you can pay more or whether you need to ask your creditors to agree to a reduction in payments.

When all the agreed payments have been completed, the remainder of the debt will be cleared.

The pros and cons

As with any insolvency procedure, there are a number pros and cons involved in entering an IVA that need to be weighed up so you can decide whether it is the right option for you:

How we can help

At McAlister & Co, we help hundreds of people a year with IVAs. Managing debt can be stressful and complicated but proceeding in an individual voluntary arrangement (IVA) with your creditors could make a real difference to you and enable you to write off debt you cannot afford to pay. We can also provide expert confidential debt advice on what it means for your business’ future and if you can be self-employed with an IVA.

If an IVA sounds like the right solution for you, call McAlister & Co today. Our IVA team is qualified and experienced and your IVA could be set up in as little as six weeks, giving you back your peace of mind.